In March, when my father would have turned 95, I received a surprise email from StoryCorps. It said the interview I recorded with him in the spring of 2006 was now in their online archive.

A lot has changed since then. My father died nine years ago and I miss him tremendously. The interview is not the best — I would ask some things differently now. But it’s nice to have. We talked about his first memory (when he was two, the face of his grandfather), and his honeymoon with my mother, when they went to Nagshead, North Carolina, which in 1945 “was just a strip of sand. I remember there was one dance hall, we went to the dance hall. I was in uniform, so I walked in with shoes and socks … and when we walked out I was barefooted, in a t-shirt.”

We also talked about harder topics including his long bout with polio, which struck when he was 28. “That changed everything,” he said. “It was really hard on your mother. I was in the hospital for a year. So she had to raise those three kids. And she did a great job.” He explained how she cared for three small kids and “came to see me every day in the hospital, drove all the way across Washington to Walter Reed.”

After years of physical therapy, he was able to get back to work. He counted himself lucky that he had a career like engineering that allowed him to work even though he had the use of one arm and walked with a cane. He excelled. (More about remaking his engineering career and years at NASA is in another essay in Smithsonian here.) He also spoke of his love for his children and grandchildren, what he’d learned from life, and how he wanted to be remembered.

Memories of America’s polio epidemic were echoed in a recent article where two remarkable women put the covid-19 pandemic in the context of earlier contagions, including the 1918 Spanish flu pandemic.

The recording of my father and the message from StoryCorps came as a reminder for me: Talk with the people you love about what makes them tick, beyond the day-to-day. You can record a conversation on your phone, it doesn’t have to be in a professional sound booth. StoryCorps has a list of questions that can serve as prompts.

When I look back, I see this desire to connect in people’s stories is a refrain. I found it in the WPA life stories of the 1930s, when government-paid writers gathered the narratives of everyday Americans. As a result, they changed how we viewed history. Ralph Ellison, one of the most talented of those young writers and interviewers, spoke emotionally of that process of giving voice to unseen citizens on a stage many years later. I count myself lucky to have documented their work in Soul of a People, and to have worked with director Andrea Kalin and Spark Media to bring that to life in film.

A few years ago, Ann Banks spoke of the value of that oral history movement at a Library of Congress event honoring the WPA writers and their legacy, where she was joined by StoryCorps’ Virginia Millington. Check out the recording of that event below.

The main thing though: In uncertain and frightening times, take a breath, connect with people, and have a conversation. You’ll probably enjoy the hell out of it. 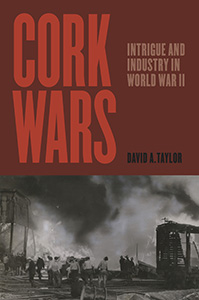